The flowers think it's spring

The rule here used to be that gardening before the May long weekend was an act of futility, and perhaps actual hubris sure to bring down the wrath of the weather gods. One year we planned on going to Vancouver Island specifically for an early dose of spring. Except that spring had already happened here, and the island was well into summer.
Day before yesterday was the first day of summer here, and yesterday it snowed a bit while I was taking photos at a kid's easter event. (Hint, check out the Woodcreek page on my photo blog if you like.) Today, for what it's worth, the weather page says a high of 4 and a 60% chance of flurries. Your guess is as good as mine.
Our front garden faces south, and even though we heap snow on it, it's the first to melt, and where the first flowers come up. But even the sheltered area in the patio has flowers coming up, almost buried beneath winter debris. We don't want to remove that just yet so as not to disturb nesting creatures. 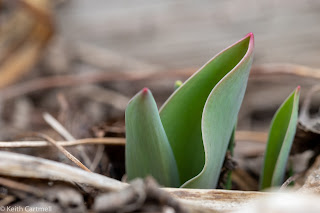 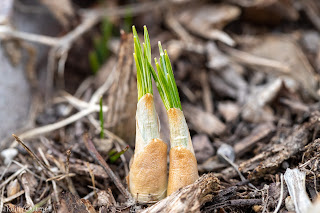 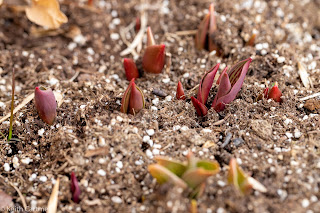 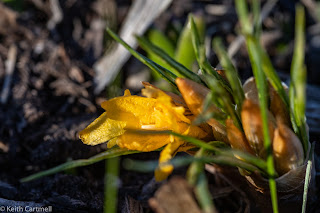 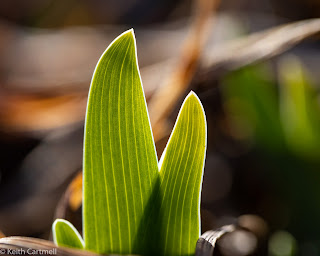 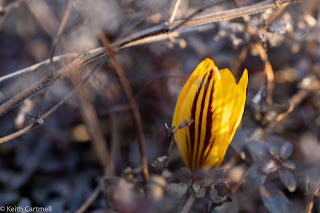 Linda has already put up some green netting to protect the young plants from the marauding bunnies and deer.
It's only early April. We are almost certain to get at least one more big dump of snow. I hope the little plants are up for it.
Of the Day
Driftwood 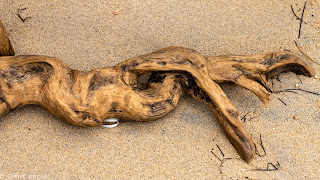 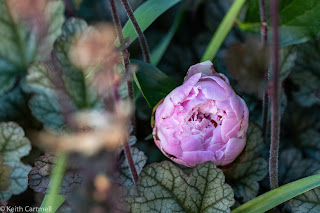 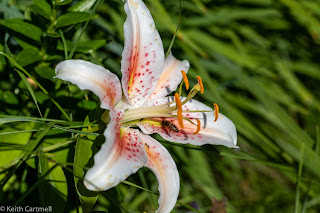 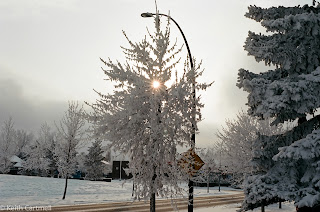 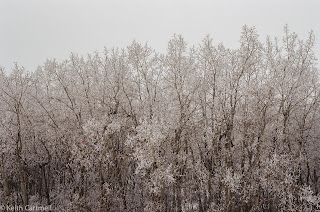