Monday and Tuesday were easy relaxing days. Well, except for being back at work. And sleeping poorly. And watching it snow really hard Tuesday evening.

Back in the pool today. It was lovely for the first 950 m. I was cruising along at an 18:30/Km pace nice and relaxed, and then it fell apart on me. Just fell apart. It didn't feel like I was doing anything different but the last 550 m was slower. 28 minutes overall, instead of the 27:45 I was expecting. Short course too, so I can't even blame the pool.

I even tried a bit of fly after a rest, and that lasted 3 strokes before my hamstrings and calves gave their notice that extreme and serious consequences were going to happen sooner than instantly. I stopped and soothed them. Stretched on the side of the pool.

The election is so depressing. My choices in our riding are the PC's, the Wildrose, and the NDP. I was hoping the Alberta Party would run, but oh well. Can't have everything.

Dave Rodney is running for a fourth term. The best thing that can be said of him is that one doesn't read of him in the newspapers. And he's climbed Everest twice, as he will tell you. Often. His greatest sin is that he's running for an arrogant, corrupt party that is long, LONG past the best before date. It needs to be taken out and dumped in the trash can of history.

The Wildrose and their lake of fire are unacceptable. Period, end of story.

The NDP guy is an experienced project manager, he says, for many years, so I'm assuming he has at least basic organizational skills. OK.

Quite frankly, I've vote for nearly anyone that wasn't PC or Wildrose. I am seriously pissed at the PC's. They've been mismanaging the economy here ever since Lougheed retired and people keep voting for them. It baffles me.

I was totally gobsmacked driving in to work this morning, listening to an article on the radio. The Calgary Board of Education is seriously proposing to cut the janitorial staff at schools. They are behind on maintenance already, and can barely stay ahead of the bare minimum. If a kid vomits in class, they put powder on it, and a desk over it, and wait for hours for a janitor to clean it up. That hardly sounds sanitary. They were forbidden to dip into their reserve, but they did anyway, which is a risky thing. The last board that didn't do what it was told to do was dismissed in it's entirety and replaced.

Yet Prentice can spend 30 million on an unneeded election, while your kids could be sitting in a classroom smelling vomit for hours.

They said they are going to honour existing contracts but bargain for zero percent raises for provincial workers till the budget is balanced. Well, with that sort of incentive it will NEVER be balanced, and there's nothing to stop Prentice from giving himself and his elected buddies a raise any time they like. Is that really what you want running the province?

Now a soothing cat picture to calm me down for yoga class. 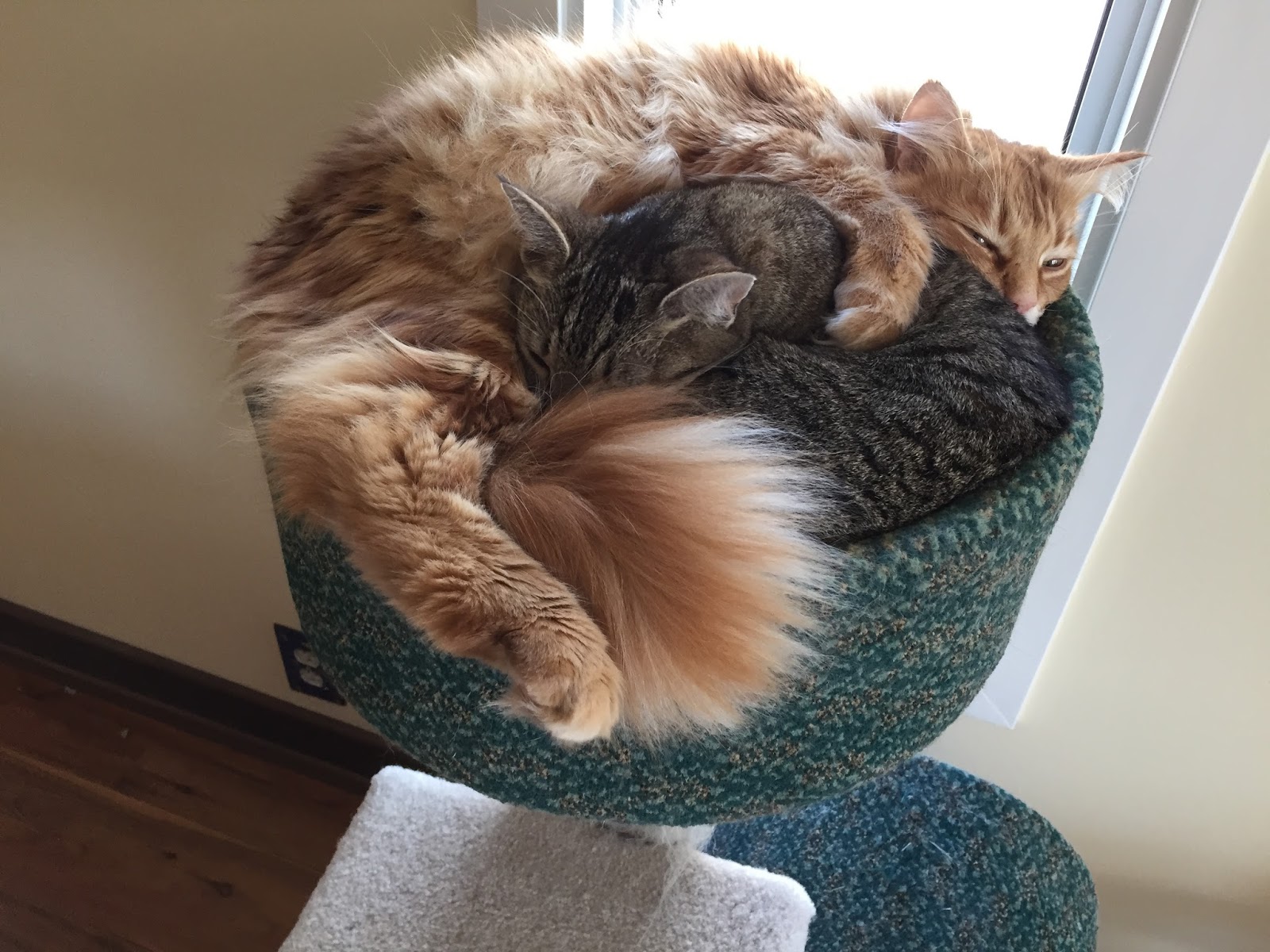