Particularly when it comes to Thursdays. I'm not sure why, but Thursday evenings seem to be my nemesis lately. I get home intending to get on my bike, yet somehow the evening vanishes without me on my bike. In some ways it was easier during IM training. There was something to do almost every day, often twice a day. You just did it.

Now I'm trying to be a bit more balanced about it, and it's harder to do a little bit of exercise regularly than a lot. At least for me. Your milage may vary. Especially since the bike is the only real exercise these days. No running till I get the images of my foot. No swimming till I renew my City membership, or actually buy one at Talisman. Monday should be the day for that.

Today was two hours on the bike. Easy warmup, a steady workout but not over the top. Watched another few episodes of Sanctuary. I've still no idea why the second disc is fine and the first is not. Maybe the computer sees a scratch that I can't.

I've got my holiday reading all picked out. The Game of Thrones books. Packing for Mars, How to everything by Red Green, Civilization the West and the Rest, and Canadian Pie by Will Ferguson. That ought to keep me out of mischief for a while.

Going into Costco they have the displays of TV's right near the front. I actually wandered through and looked at them. We bought a plasma TV on Boxing Day 2002, so just about 9 years ago. It was a great deal at A&B Sound for mumblty thousand dollars. Plus a theatre in a box DVD player and speaker system. We got the extended warranty, which we usually don't, and it paid for itself through two repairs. The plasma is still working just fine, but I was astonished at how cheap they are. Our's is 40" in a 4:3 ratio, and the prices now for 42" widescreen plasmas are about one sixth what we paid way back then. Just amazing. No wonder everybody has two or three of them, and you see ads for 80" TV's. For the record that's nearly the size of our King bed. I'm just saying.

What got us into all this was the closure of many DVD rental places nearby. In fact, we haven't rented a DVD since the Rogers closed sometime during the summer. Nor do we subscribe to cable, and we don't want to. What a scam to buy so much crap to get so little you actually want. I'd love to get some shows through the internet, but neither the TV or the DVD player talk to the internet or to the iPad. So far my theory is to buy individual episodes to see if we like a show, watch it on the computer (a paltry 24" screen) then go on line to buy the season at the cheapest place we can find. It's getting harder to find regular DVD's since they are all migrating to Blue Ray. Our normal thing was to rent discs, unless we were sure to want to watch them again, but that isn't so much of an option anymore.

Eventually the plasma will die, which could be years, and then we'll go get a new one. Probably at half the price of today. Maybe if I buy the right box of cereal one will come in it.

Where do you get your visual entertainment from?

Oh, and after I posted this, the sunset was amazing. Starting from the South East, moving to the southwest, and then a panorama of it. 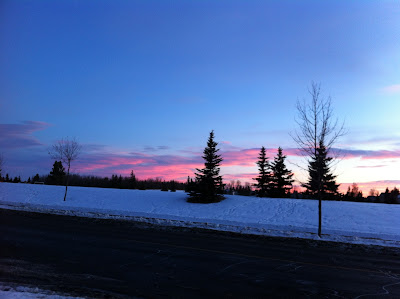 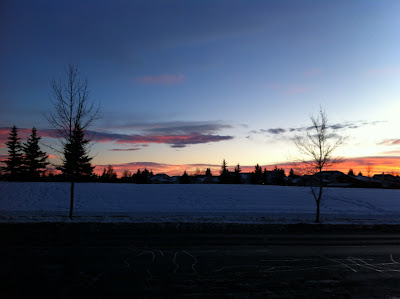 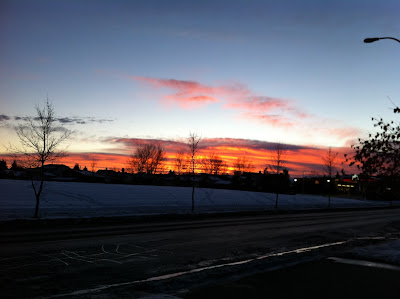