Today was my first "real" ride after IMC. I've had a few, but they've been easy, in town, gentle, not far from home rides. For a while now I've seen and chatted with one of my neighbours in the cul-de-sac behind our house. He's been riding back and forth downtown for many years, and heading out for longer weekend rides. We've seen each other coming or going several times, and finally got ourselves organized to ride together today. Small world in that he also knows Chris and Jill.

Turns out neither of us had ridden out Plummer's road. Which isn't marked that way on the maps, but that's what the signs say. On this map it's the road heading west from the 22 marker in the middle of the map. We rode along it, turned left at the T, and went south, then west again to about where the bottom of the embiggen tool is. 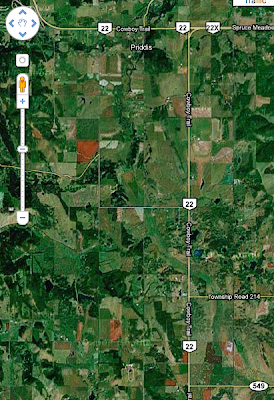 Here's 3 photos of what that area looks like. It's a very pretty ride to get there, on really nice pavement. 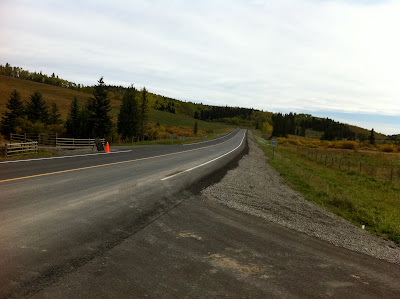 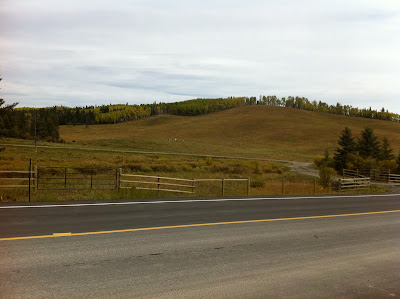 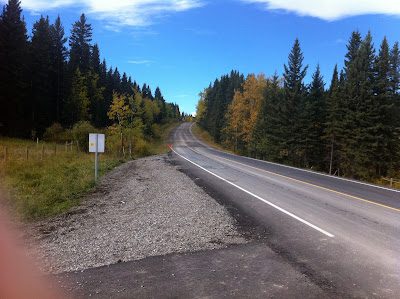 The new pavement ends and battered old chip seal takes over. If we'd wanted to ride up the hill, at some point there would be a great view of the mountains. We'd been out for about 1.5 hrs at that point so we turned around. There's lots of nice roads in this area to explore, so I'll be trying that while I can.

Altogether it was just under 3 hours for about 70 K. We stopped for a snack where I took the photos. It started out a bit cool, and warmed up to the point where I was beginning to feel a bit hot in my jacket. My legs feel great afterward, and it turns out we rode about my regular pace for rides in that area. I think he's in a bit better shape than me, I had to work to keep up a few times.

Don't forget to comment for your chance to win a set of aero bars, at the FREE posting. All you need to do is say why you ought to win them. So far, nobody has expressed an interest. Which means your odds of winning are excellent!