About my vintage, but at least I'm doing better

During the recent road trip we stopped for a great lunch in Scandia. The Coffee Barrel, if you're interested. Across the road is a line up of old farm equipment, including this. It's almost exactly as old as I am, though considerably more decrepit. At least I'm up and around and moving.
This actually the first time I've seen one, at least that I have any memory of. This is one ugly car. No wonder it didn't sell. It's hard to express how big this thing is. It's almost 5.5 m long and 2 m wide. Most of it is hood and trunk. 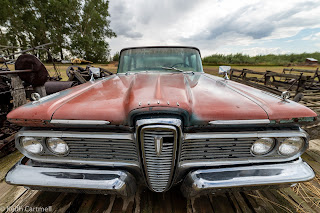 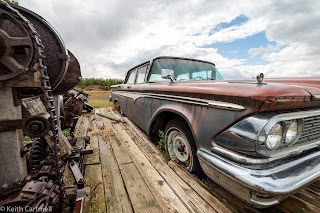 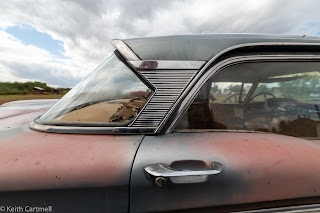 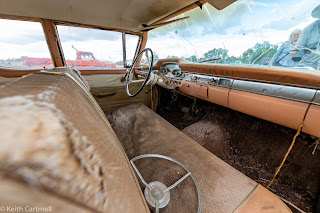 For a short while I drove a car only slightly less old than this. Bench seat, open steel dashboard, and essentially no safety equipment to speak of. By today's standards this car, even fully restored, would be considered a death trap. Some cars of this vintage are elegant and stylish, and people notice when they drive by. I don't think the Edsel would be noticed in a good way.
The other thing that really hit the memory banks is this. 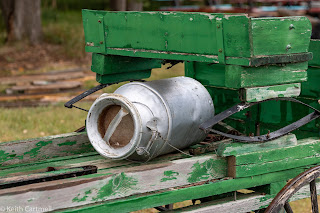 Anyone care to take a guess? (Not you, mom, I know you know what it is.)
It's a milk can. A farmer would milk the cows, some of it would go into these cans, which would be taken out and put on a stand beside the road. A truck would come and take them away and leave empties. Or maybe they dumped the milk into a bigger tank on the truck. I don't know, I never saw that part in action.  Then, while I was still a child, big stainless steel tanks were installed in the dairy, and a truck came to pump it out. That's progress.
Eventually, of course, those farms ceased to exist. There's two that I clearly recall. One is now crop fields, with the house, barn, and outbuildings completely removed. Except I just looked at Google Maps and there is now a very swanky home there. The other has a big swanky home where the barn used to be, though the driving (drive in?) shed is still there. Presumably someone came to take away the big steel tank and it was recycled or repurposed.
In another part of the operation, a driver would drop off milk at some homes, presumably the ones who had paid for it. It came in glass bottles with a little cardboard cap,  and sometimes if the weather was just right, it would freeze into a column of milk above the glass, and that had to be carefully handled. Some homes even had a little special box built into the house for those bottles. Times change, though what with COVID, food delivery is making a comeback.
I'm not one of those people that thinks older is better. In many ways progress is good. We're doing many things better than we used to. The downside is the lack of the personal touch. Somehow, an AI, or a person following a script isn't the same.
And then there's all the leftover stuff. Like the row of old farm equipment in Scandia. Slowly rusting away, paint fading, tires deflating.
Of the Day
Driftwood 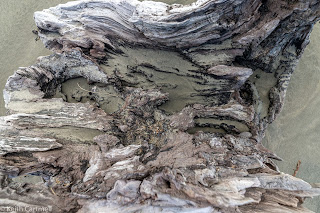 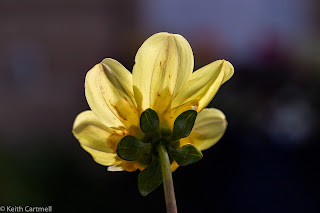 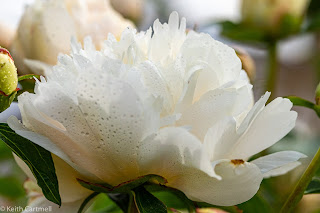 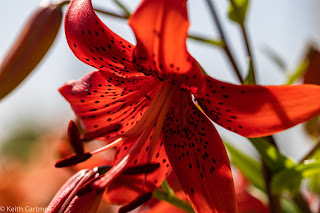 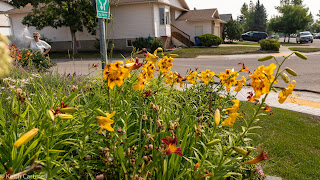 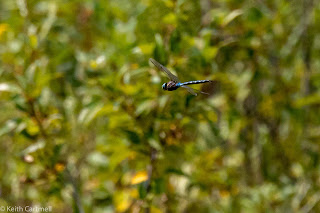 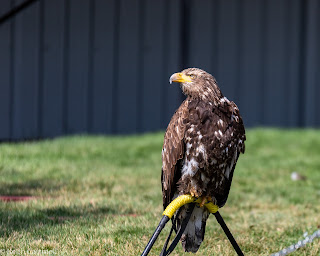 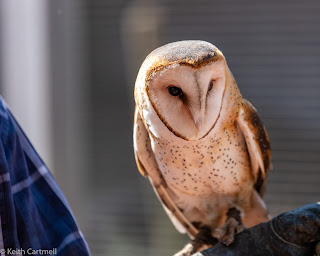