August Image of the Month

OK, this one is a struggle. (Hey you in the peanut gallery, I saw you roll your eyes! The struggle is real, I assure you.)

The dragonflies from early August were at the top of the list all month, but which one? Normally I try to spread things out a bit. For example, if I had 3 excellent flowers, 2 excellent landscapes, and a great Curtis photo, I'd probably pick one of each group, unless all three of the flowers were mind-melting good. Probably.

This time there were 4 dragonfly shots with 5 stars. My thinking is that just about any photo with a dragonfly in focus probably gets 4 stars out of the gate, mainly because of the difficulty of doing it, but also because they are amazingly photogenic. Even if there were a couple comments of "Too close!" for the close up.

There were also several really nice flower shots, and a couple of the cats being unusually cute. Yes, I know that's hard for you to take.

Second Runner Up
Macro photos seldom make it to the Image of the Month page, but I keep coming back to this one. There are some subtle things happening with the plane of focus creating an optical illusion of depth. 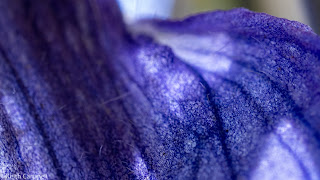 First Runner Up
The difficulty of this shot to get the wings in focus during flight has to be attempted to be appreciated.  Their wing beat is about 30 times per second and at best my camera will shoot about 6.5 frames per second. I take a big SD card and lots of patience when I go hunting dragonflies. 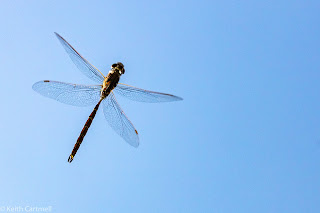 Image of the Month
Is anyone really surprised? This dragonfly posed so nicely and is so pretty. 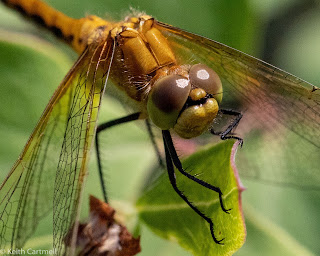