For the rain it raineth really hard

Three years and a week later, Calgary, or at least part of it, looked like another flood. We were warned of possible severe thunderstorms. At work today we were peering out the windows as it got darker and darker.

There was a little bit of rain walking to the LRT station downtown. It was raining a bit harder at Southland. Then it started raining really hard. We paused in a big puddle at 24 St and Anderson road. I had to wipe the bus window to get this shot. I tweeted it and got lots of retweets. 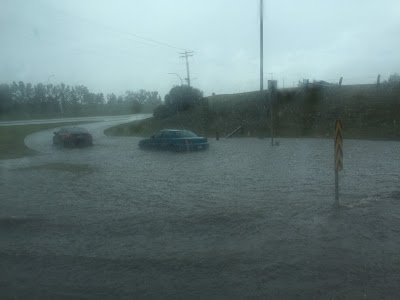 Just across from the Husky on 24th we stopped for a while. The bus driver wouldn't let anyone out. A fire truck edged past us to check up on a couple cars stuck in the water. We could see the cars bobbing in the wake of the fire truck. 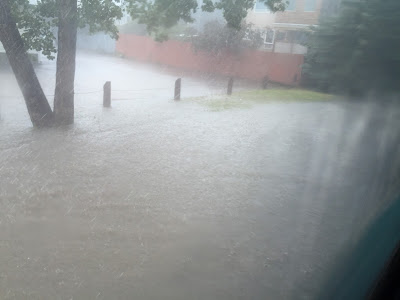 A few minutes later the bus driver started edging through the puddle. The water was deep enough that it came in through the doors. 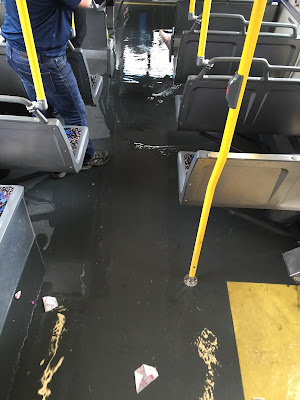 The intersection in front of Safeway was flooded, and I had never really thought of that as a low point. You can see a couple people pushing a car out of the water. Too late. It's a write off. 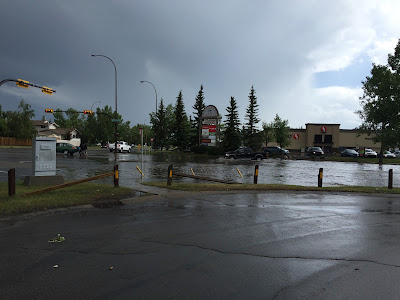 Closer of the truck. The drivers of such vehicles live for days like this. 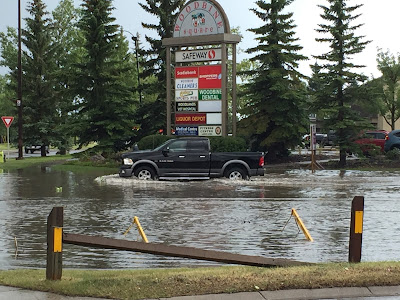 I walked through the neighbourhood to get home. This is the intersection just by the shopper's drug mart. 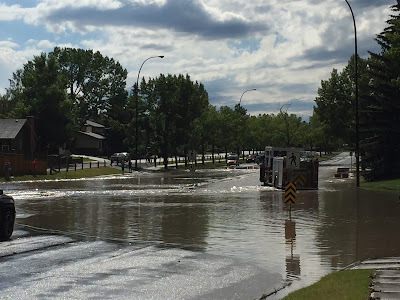 Just north of that, a storm drain was burbling up from the pressure. 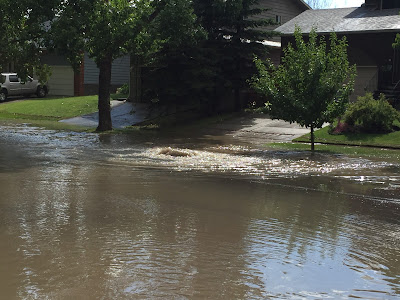 Another flooded street nearby. 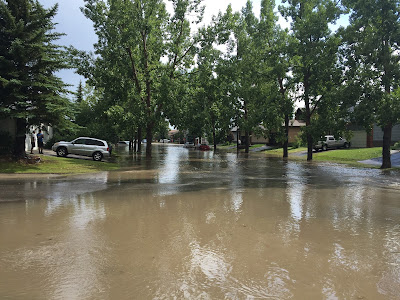 A different flooded street. You can see the sun is already coming out. 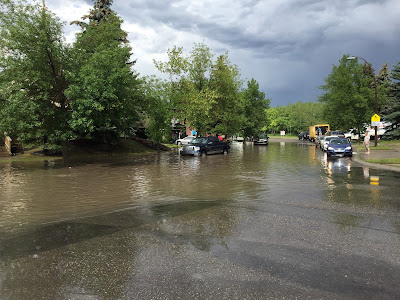 At home I found this. You can see the water line on the lawn. Up till then I hadn't realized it had also hailed a bit. This isn't bad as far as hail goes. We've seen the lawn inches deep in hail, and drifts of it in the streets. We are happy it didn't happen this time, it's really hard on the poor little plants. 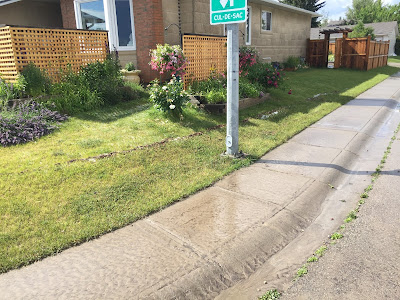 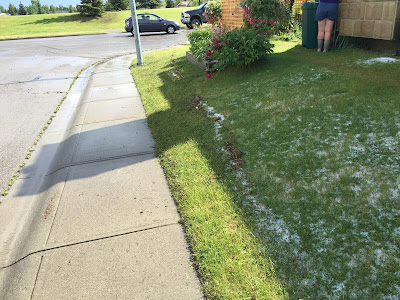 Some of the battered baskets. 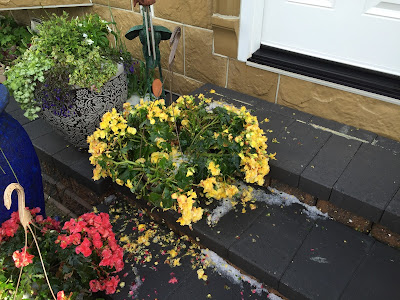 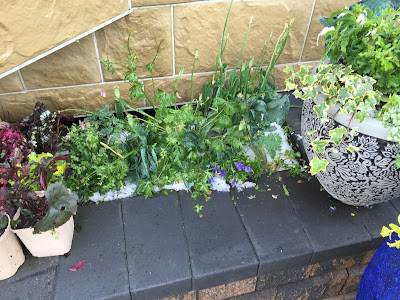 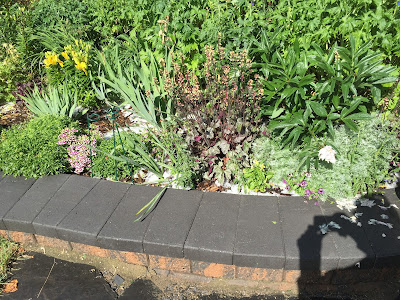 Rather than run tonight, I ended up shoveling a huge mound of gravel. It had washed out of the alley and was blocking the storm drain. Total workout!

In the end, our house is snug and dry. A few plants got beat up a bit, but nothing compared to what we've seen. Several of our neighbours had minor floods or roof leaks. One of the roof leaks is a brand new roof, only a month or two old. There's already been an angry phone call about that.

Not sure how the rest of Calgary fared, but one neighbour told me of big hail just south of town, and that Woodbine, Woodlands, Braeside, Canyon Meadows, Cedarbrae seemed to get the worst of it. No doubt emergency services will have a busy night.