There, another Christmas survived. Thought this was very nice, actually. We had a calm peaceful day here, then dinner with some close friends. I ate too much. Burp.

The stressful part of Christmas this year is trying to keep Celina out of the tree. She keeps trying to steal the cloth ornaments. We don't want to know what for.

Boxing day Linda went out to rampage and trample, and came home with some goodies. After a 45 minute easy spin, I had a calm and peaceful day. Reading. Snoozing with cats. 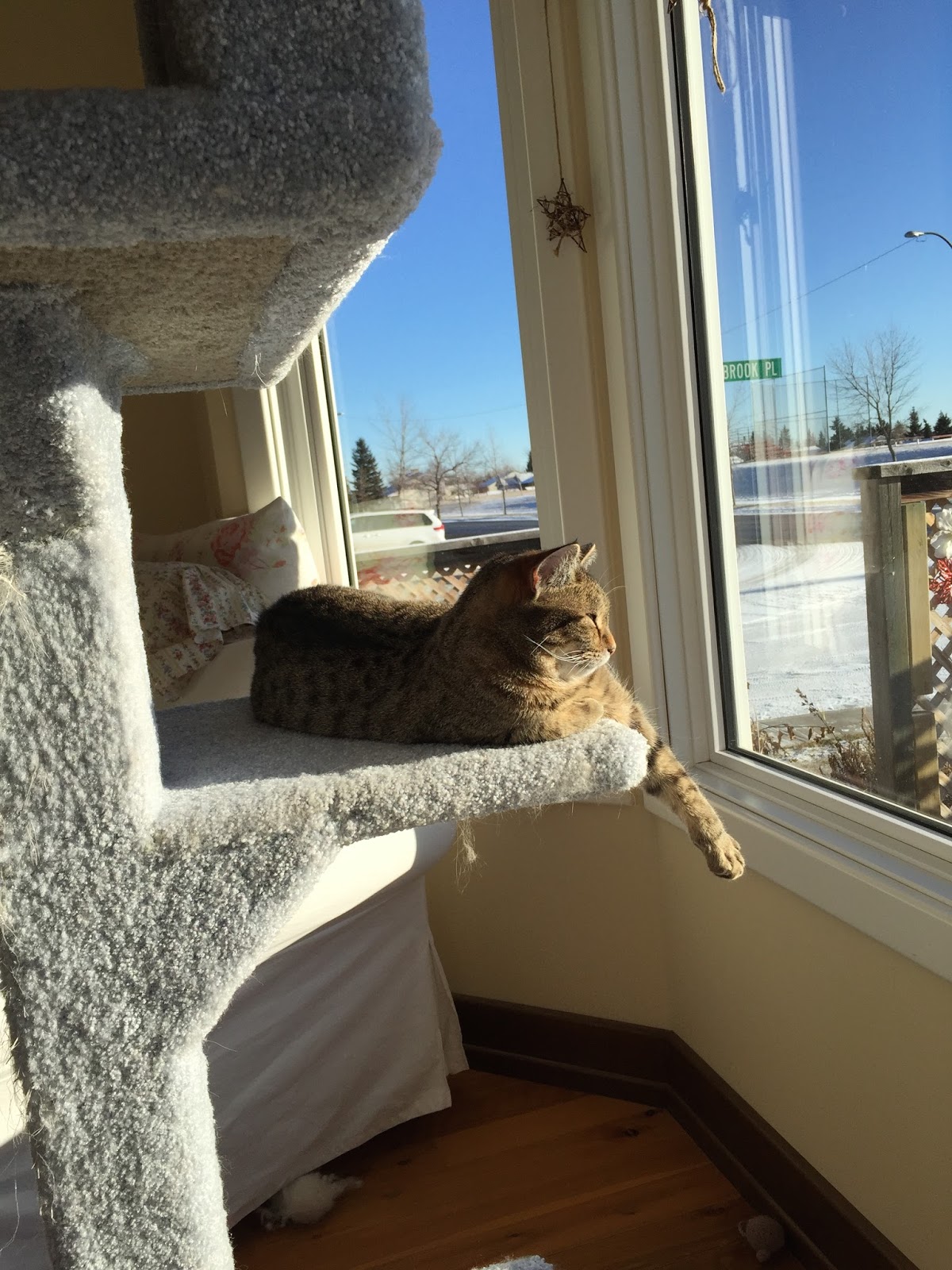 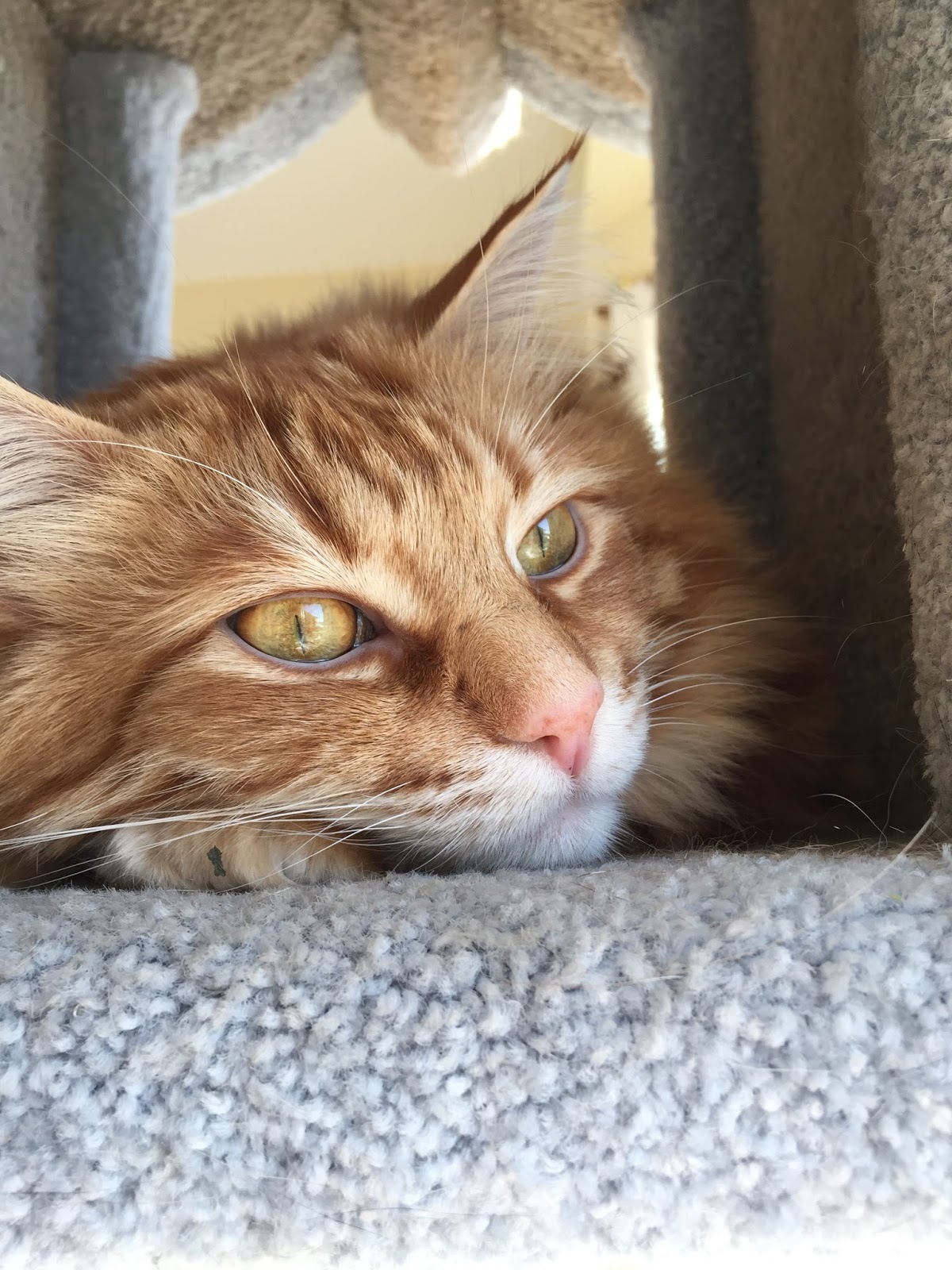 Working on my book a bit. We watched Despicable Me, which I hadn't seen. I was in exactly the right mood for the minions and I laughed my face off.

Somewhere along the way I had excavated the back seat and threw everything into the trunk. Then I actually cleaned it and tidied. Before and after. 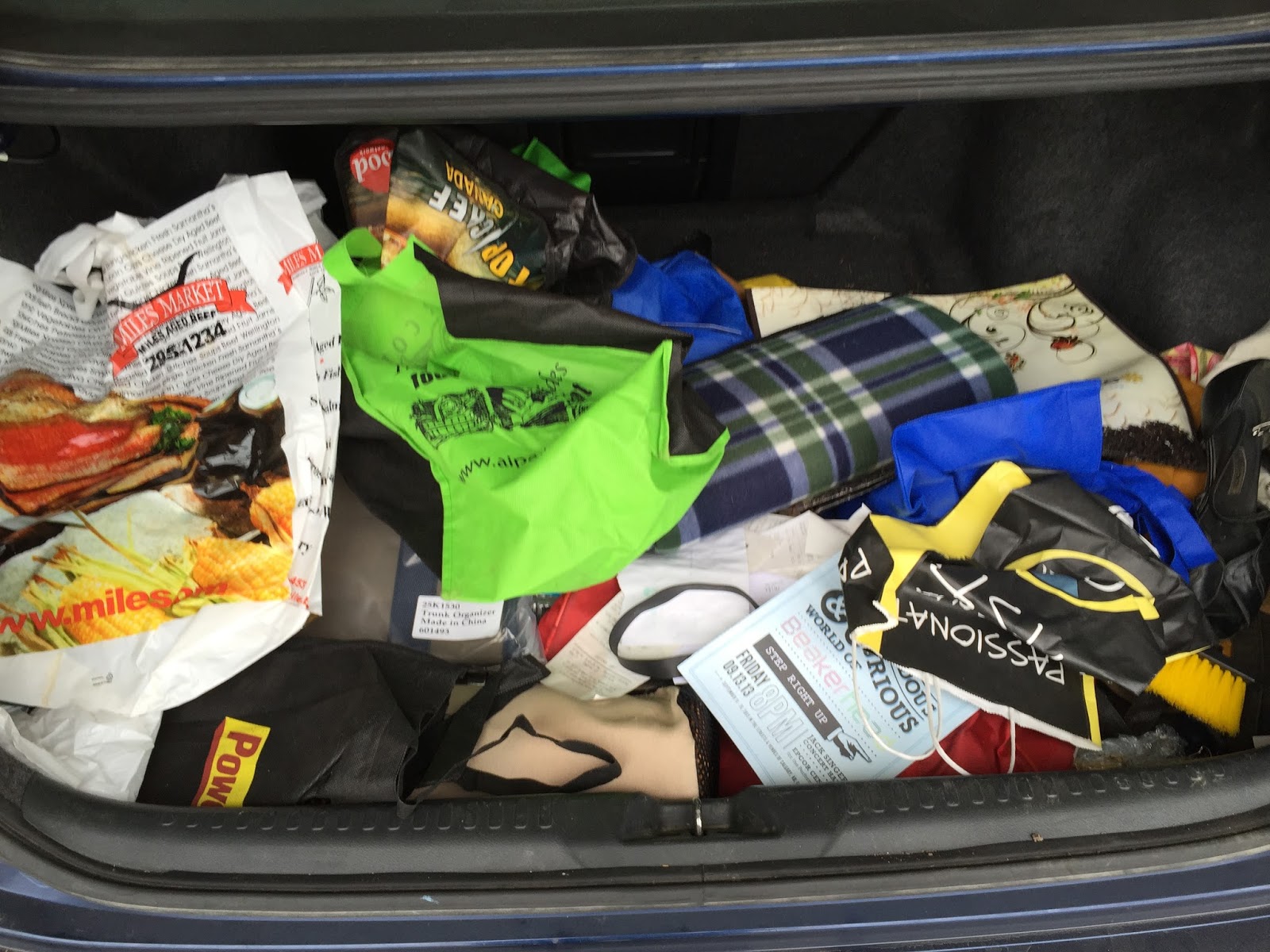 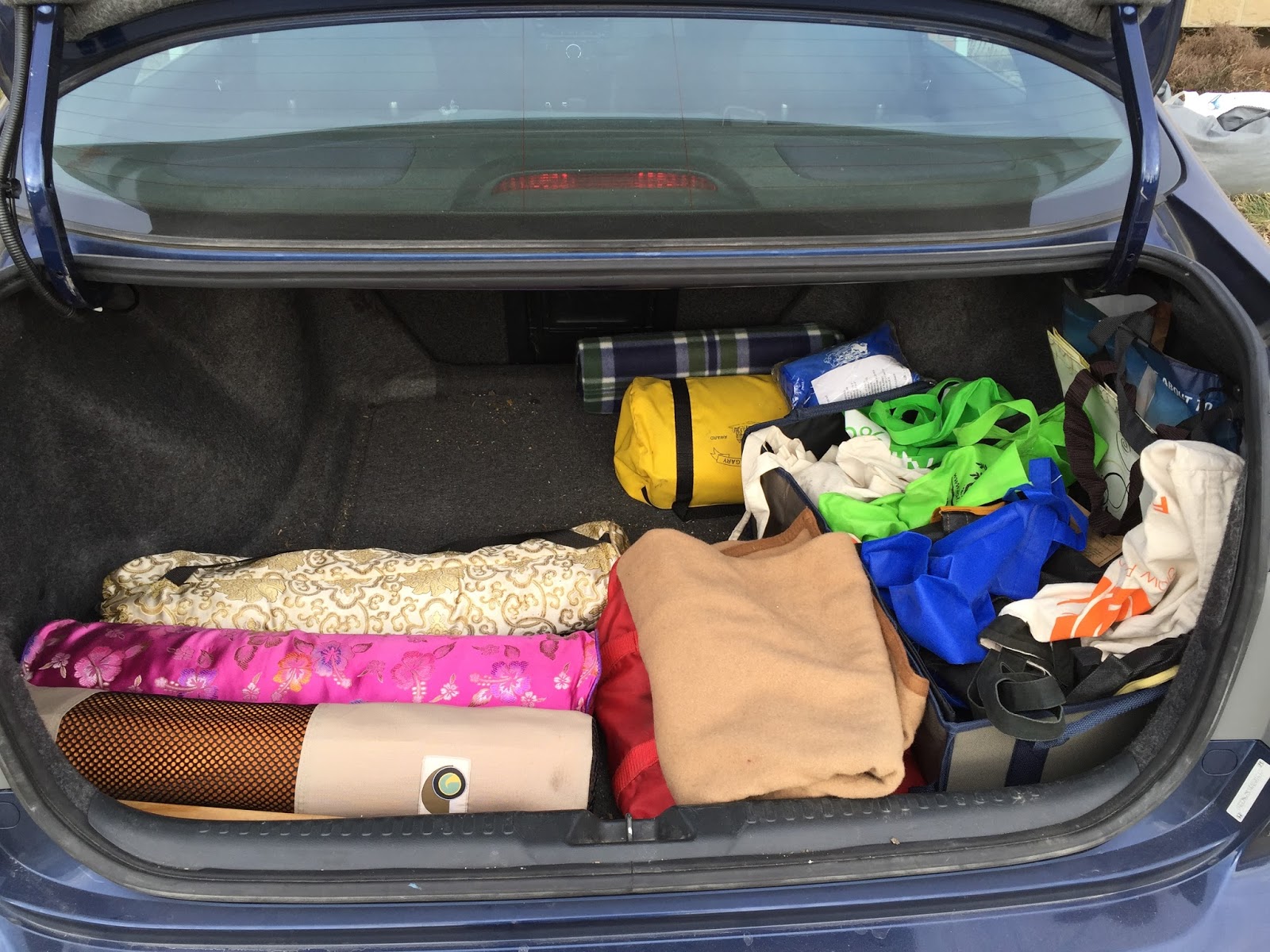 Today I was up early and off to the pool with Michelle. Saw the famous Madi and Jordan there. I concentrated on water feel stuff and a bunch of drills. Michelle is improving by leaps and bounds, or maybe by splish and splash would be more appropriate.

After a quiet lunch and a bit of a snooze (darn those cats and their torpor generating snores!) I was off to get some electrical stuff from Rona to deal with some issues. That is now done. I'm experimenting with some old incandescent lights, some of the twirly fluorescents, and some LED lights to see which we like best.

I've been thinking about which should be the first area tidied up in the basement. Linda has been scuttling around with a nervous look, afraid that I am going to organize and tidy and we'll never find what used to be in that area again. I admit this is a legitimate concern. Sometimes it's really difficult to remember where things got put.

Some days I think the solution is to keep a little (huge) database that tracks every object in the house, it's location, what it cost to buy, how often it gets used, where it's stored when not used, where the receipt is, and other such useful information. Anybody that wants to go make such an app, feel free to call me, and we can discuss requirements. I'd be happy to beta test.

Other times I think the solution is to have a lot fewer things in my life. I've been contemplating the many, many objects in the basement. It wasn't so long ago that the only way to get reading material was books, and if you didn't buy it, you ran the risk of it going out of print and never being able to read it again. Even libraries purge their content. There are few things worse than the itch to re-read a book, or a portion thereof, and be unable to do so.

Music is much the same way, as are movies. The only way to listen to a song was to hope it came up on the radio play list, or own it in some media. In my life I've seen vinyl records in various sizes, tape decks, cassette tape, 8 track tape, CD's, DVD's, and optical discs. Actual vinyl records are making a come-back, they say. Movies used to come out, and you had to see it then. After that it might go on television, or be re-released to the theatre for some occasion. That was it.

I remember when VCR came out. A player cost $1000 or more, in 70's era dollars. The tape was hugely expensive. One could join video clubs to rent or buy. I wonder how many people actually bought the 'lifetime' memberships?

Now all that material can be downloaded to your device of choice in a few minutes, almost no matter where you are. The problem comes a little later. As you change devices you might have to buy that content again, since it's not licensed for that new device. Or it somehow "disappeared", and you don't have it anymore. Every once in a while for a few dollars for a particular bit of content is no big deal. But what if it happens again and again? What happens if all you are doing is renting it to play, and the artist doesn't get any of it? Do you care?

I do. I think the artist that creates some work should see the proceeds of the sale of it. That seems simple and straight forward to me. The writer created the book, and should see the most from the sales. (Published authors are laughing at me right now, or more likely, crying.) Until recently, publishers were a barrier between an author and the readers. Just as music companies were a barrier between artists and listeners. Funny that that barrier made all the money. Their excuse was they they owned the mass media production methods. They aren't needed anymore, so why are they still getting in the way?

That's changing now. Authors can self publish, and musical artists have been doing so as well, though I'm not connected to that world so I don't know that's going. At least some authors are making a go of it, and good for them. I hope to join them. I've realized I have no real hope of getting published through traditional routes. My books do not fit a genre paint by numbers format, and thats all that traditional publishers know what to deal with.

With all that happening, what is to be done with thousands of books, and many hundreds of CD's? Anybody want a set of Encyclopedia Britannica?