Once again, the RBF lesson

I did a fun family photo shoot yesterday. Today I had some help in narrowing down the photos. I reviewed and marked the ones that I thought I would show a client, but we didn't look at those first. I had them scroll through and apply star ratings. Eventually we ended up with 46 getting 2 stars (meaning this was the short list for getting printed), and 92 more they liked, but didn't quite rate 2 stars, but thought other members of the family might want to see.

Let's just say there was lots of overlap between my picks and theirs, and almost complete agreement on the best shots. Still there were ones they scored as 2 stars that I didn't pick up on. Some were really close. Some not.

Which gets me to the RBF lesson. (You may know this story already.) I had taken a photo of a friend at a triathlon. She was part of a team, and wanted photos. I had one of her walking into transition, looking around for her team. Let's just say I didn't think it was a flattering photo. I debated if I even wanted to show it to her, and if I did I was expecting her to tell me to delete it. NOT! She loved it! She wanted a print. She called it her resting bitch face.

We found this great calm pond to shoot along the Dempster. My problem was that I only had my really wide lens on the camera, and what was really wanted was something longer, and no time to go back. Trying to make the composition work anyway by draping myself over a fence. 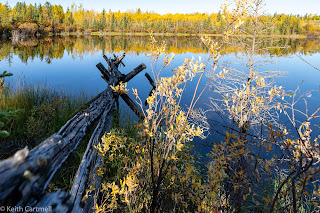 Here's a pair of fun shots from the trip home from Eagle Plains. We snuck into a closed campground for a picnic lunch. The birds were certainly eager to help us eat! 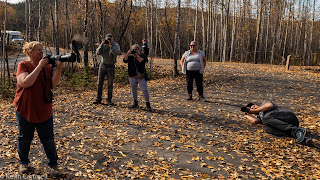 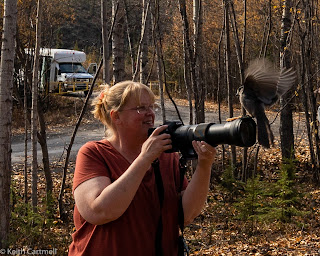 This is a shot from my second camera pointed straight up from Sun Dog Retreat, edited while I was there, but not blogged through a bit of a mixup. 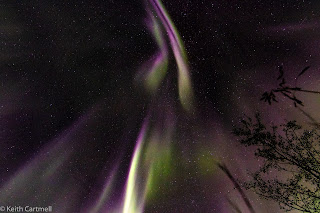 Peony of the Day 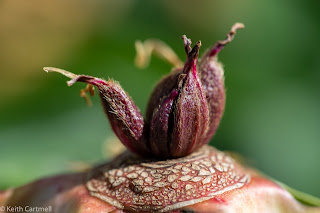 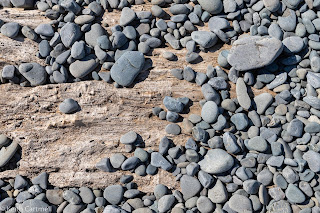