It goes around and around

What secret base on the moon? You know, the one put there, on the 'dark' side, by aliens, or the Illuminati, or somebody. Sometime. For some reason. Don't Google it, you don't really want to know, and you'll never get that time back.

Once when I was child, I was being driven home from something or other. I was staring up at a full moon, for what seemed like quite some time. Suddenly it was an eye, looking at me. Then I started thinking about the sort of creature that would have an eye like that, and I had nightmares for a while. 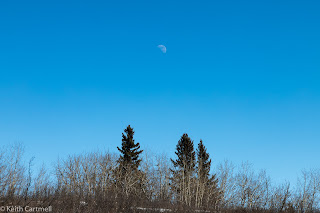 I'm not sure how many full moons I've seen since then, but they keep happening like clockwork. (No eye again, just the man in the moon.) We look up at it, watching the changing phases and the various eclipses. The photographers of us try to get nice photos of it, which is a more difficult thing than you'd think.

Maybe there really is an alien base, with them looking down at us. Probably in horrified fascination, like we can't look away from a train wreck. (All together now, and and IT WAS A CIRCUS TRAIN!!!) It's not on the dark side, because then they couldn't watch us. Oh, maybe the giant alien spaceships come in to land on the dark side at the secret landing port, where we can't see them, then they take the secret underground mag lev train to their secret forward observatory.

I can imagine a new shift coming on, and being briefed by the outgoing shift. Especially in the last couple years, I can see that being a really long meeting, with many interjections of the alien equivalent of 'you've got to be kidding!'

John Varley has written several works set on the moon in a not so distant future. They're pretty interesting societies, with medicine so advanced that changing gender is a trivial operation, and a central computer hooked into our very brains. Among other things, it keeps control of the various cancers that are constantly growing, and tries to keep the humans entertained. Meanwhile, it's going suicidally insane.

Here, the closest we have to that is Facebook, and people are only just starting to learn about the downsides of turning over private data to such an entity. And that's aside from the internet itself. Even before it was invented, science fiction writers wrote about artificial intelligence and what happens when our computers wake up. The first serious movie I remember on this topic is Colossus: The Forbin Project, from 1970.

The most well known AI is probably Skynet, but that's a particularly stupid AI. If such a creature wanted to get rid of humans it would engineer a plague that just killed humans, perhaps leaving enough to keep as pets, just in case. It's that or massively distract them with bread and circuses like professional sports and reality shows. Hmmm.

We already carry in our pockets computers that would amaze the scientists from my teenage years. Many of us spend lots of time looking at them. We've already been implanting fairly complex electronics within our bodies, such as pacemakers. I can't see it being too long before they start experimenting with implanting a cell phone in our bodies, feeding the display directly into our eyes. As I see it, the big problem is figuring out how operate the darn thing. When there are millions of them, all hooked together via the internet via wifi, how is that not a giant brain?

There's a science fiction series by Los McMaster Bujold where one of the characters has a memory chip implanted in his brain. He remembers everything, which is useful in his job as head of Imperial Security. That is, until the chip starts breaking down, flooding his human memory with razor sharp artificial memories. For a while I thought that such a chip would be a great addition, till that particular book came out.

Since then I've come to believe that it's not what you remember that's important, particularly. It's the processing you do with what you learn. Voters seem particularly bad at the processing, when it comes to ideologies they either agree with, or disagree with. Thus you have the smug evangelicals giving Trump a pass on moral issues, and voting for the Republicans in spite of their demonstrated allegiance to the rich and powerful at the expense of everyone else.

What passes for thought processes in many other people baffles me. They can't reason from A to C, let alone Z, and they for sure don't notice when the politicians go from A to pi without passing through the diameter or circumference of the issue. They get sidetracked by logical fallacies that are so old they have Latin names, because that was the language educated people spoke when they were recognized as fallacies. Once upon a time I could name most of them and provide current examples, but I haven't kept up on it in a formal way.

So here we are, in an age where all too many people don't vote, and it frightens me that that might be fore the best. Then there is a huge number of people that don't really know why they are voting a particular way, or have fallacious reasons for doing so. The politicians run wild, knowing they aren't likely to be caught at their various activities to enrich themselves and their close buddies. In the mean time our planet is going through a great die off and few in power seem willing or able to do anything.

I suspect that many people can survive almost any climate change, but the same might not be true for the critters and plants we share the planet with. We might well end up living under a dome or underground, with complex machines to maintain a livable environment for us. We might as well be living on the moon.

If the aliens watching us can save us from that, I for one, welcome our new overlords.