Thanks so much for the great questions so far! I've got a couple more in the pipeline, but it isn't too late for you to get your question in. A comment on the blog, a Facebook post, email, text, whatever works for you.
Janet asks:
Best Lesson of 2020
Best Memory of 2020
Best Buy of 2020
Best Read of 2020
Your Hope for 2021
And here we go!
Lesson
A lesson implies learning something you didn't know before, or places what you know in a different context. I think this is the first year that it's really come home to me that getting old isn't for weenies. I'd sort of known in a distant sort of way that I wasn't going to do another triathlon, and wasn't going to achieve my goal of doing a stand alone marathon.
Last year is when it really came home. No, there wasn't some dramatic event or injury. Just that I didn't want to do it anymore. That's led to several changes in my life. Selling my beloved road bike, Estela. Not trying to push through on running. Still missing swimming though, and once all this COVID stuff is over I'm looking forward to getting back in the pool.
There is a limited number of hours in my remaining life. I'd like to think that's a big number, but we never know. I'm trying to get better about doing the things I enjoy doing and moving forward on my various projects.
Memory
The beaches of New Zealand. We wanted a winter getaway, and weren't interested in the typical 'tourist' stuff. Our first destination was Dunedin. We got off the plane in Auckland, cleared customs and the bio-police, then got on another plane. We'd spent a week there last time as well and wanted to see more of that area. We even stayed in the exact same condo. It was nice knowing where to go for stuff.
We'd known there was a nice beach within city limits but we didn't get there last time. After getting groceries, a nap, and unpacking a bit, that was the first thing. We loved it, and wanted to do more, and the more we did it, the more we loved it. There is an endless selection of beaches to choose from. In 30 days we hit 44 beaches, mostly strolling from end to end, me taking many photos. I was prepared to deal with my camera failing due to exposure to salt spray, sandy wind, and the general banging around involved in such travel.
Some of my readers live a short drive from the ocean, or even within walking distance depending on exactly how you define ocean. They know the attraction of a beach. Now I'm wondering why I live so far from the ocean. Plus the air here sometimes hurts my face.
I think this is Brighton beach. The tiny figure off in the distance is Linda. You will have noticed that many of my overall beach photos are empty of people. They have not been digitally erased. Outside of a few really popular beaches (the ones in Dunedin itself, Piha, Hot Water, Hahei, and a couple more) we were essentially alone. I loved it. 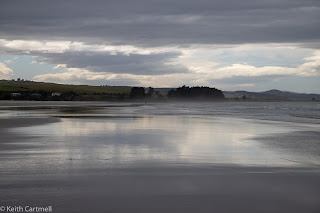 Buy
I suppose the tickets to New Zealand don't count since Linda bought them at just the right moment  of 2019 and scored some serious deals on travel and accommodation. We didn't buy much in New Zealand outside of food and treats.
In fact, we don't buy much of anything any more, outside of groceries. We do replace things once they've well and truly worn out. The BBQ and hot water heater fell into those categories. The car dealer we bought our last car from was making a big push for us to sell them back the car and buy a new one. I saw it as a desperate attempt to generate more business. And really, if our car (a 2016 Honda Fit) is such a desirable car to have, why would we sell it to someone else?
My typical plan for cars is to buy a good one new, and drive it till the wheels fall off. The trick is balancing increasing maintenance costs against buying new. Mostly that's worked pretty well. Two Honda Accords and the Fit have taken us about 600,000 Km. I was surprised to learn that the new hybrid Accord gets even better milage than the Fit.
No new camera toys, other than a few SD cards to replace ones that fail. Pro tip kids, when a card fails, try once to get the data off, then throw it away and replace it. This is why I transfer photos from the card to the computer at the end of every photo session. If you MUST get the photos on that card, don't screw around, take it to iCube.
Maybe the best buy was the enclosure to replace the old one that failed, since it gave me back many thousands of photos. I bought two more drives and have two other backups on the go, using Carbon Copy Cloner. Another pro tip here, if what's on your computer is important enough to have put it there in the first place, photos, document scans, text or spreadsheet documents, videos, whatever, then get a back up system going. That hard drive will fail. There are any number of ways of doing that, and it need not be expensive. Just do it. Today.
There's been lots of new cameras come out recently, and my photo buddies have been picking some up, but I'm taking the same strategy as with cars. Get a good one and run it till it fails. The 6DMii is up to about 90,000 photos, and I suppose in a few years I'll have to see what camera technology is doing then.
In fact, I'm struggling there. I even logged into my bank account. I knew I could get an entire year's worth of deposits and stuff, which I do for my business so as to tell my accountant how much money the corporation made, and how it spent it. Naturally enough I thought I could do that for the Visa card, but no, you can only look month by month going back 6 months. Sigh.
Read
I've documented 28 books by taking photos of them in case I wanted to blog about them. Lets just say that some of them are totally forgotten. One I'm still working on, several I didn't finish. One of them I personally know the author, and very much enjoyed it. That was Porchraits by Neil Zeller.
The biggest disappointment was The Starless Sea by Erin Morgenstern. I had loved her first book and dived into this one. Then I got lost and tried again and didn't do any better. I might try again, taking notes, since a buddy really enjoyed it and said it was worth it, but don't hold your breath waiting for me to blog it.
In some ways the best read is much like the best photo question. It depends on your mood and how you define best. But this is the one I remember most enjoying reading. I just love Hans Rosling's approach to problems, asking, what is the data? What does that mean? To often our news is twisted around a narrative and the facts are ignored, so much so that our view of the world is severely skewed. 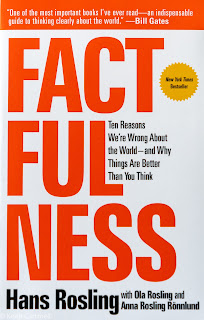 Hope for 2021
That I retire from formal work for the last time and make serious progress on photography and writing goals.
Of the Day
Driftwood
This is kind of an odd photo. Many of the 'rules' say to reduce clutter so the viewer can focus on what you want them to focus on. I suppose I could have cleared out some of the branches on the top left, and centre right. But that's not me. This is the way it was, the way I found it. 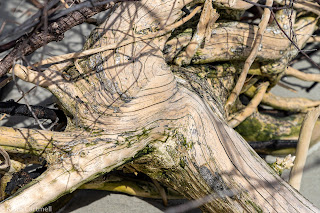