Another beautiful day for a scenic tour, off toward Catlins. Lighthouse. Most south. Beach. Another sort of beach with some driftwood. Great lunch cafe and waterfall with the same name.

It's our last full day in Invercargill. Tomorrow we're off to Christchurch for an overnight, then a train ride to Picton, then start driving toward Nelson. It's going to be a long day, not sure when there will be time to blog.

1. The Waipapa lighthouse. I think this would be a great space for night shooting. I can just imagine the galactic core rising with the lighthouse in the foreground. There is a giant light blocker thingie to reflect the light out to sea, so I think it would work for night shoots. Maybe. 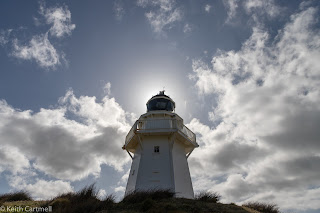 2. Really the most southern point on the south island. Another great place for a night shoot, if the private property owner doesn't object. 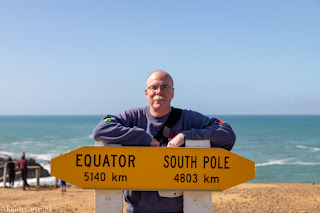 4. This is Curio Bay. Linda loved it. 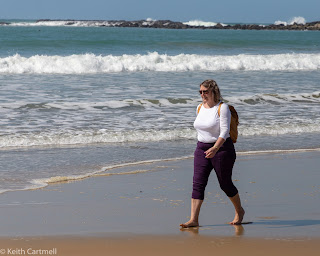 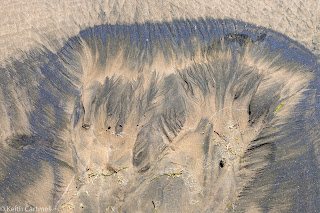 6. Do you believe this is called Niagara Falls? Really it is. The nearby cafe is called the same thing, and it's amazing. 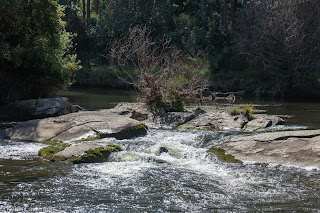 7. Linda and the sea muffet. We have seen countless muffets in the fields near Calgary, and everywhere else. Sometimes they are wrapped. But I had not known they had an aquatic cousin. 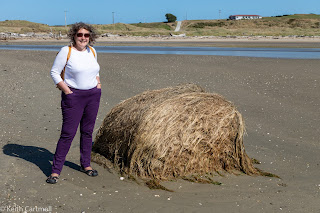 Driftwood of the Day
I love the persistent optimism of growing green things. 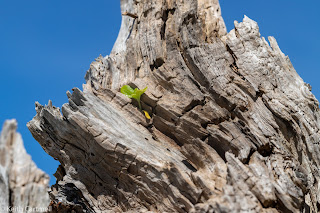