OK, where was I again?

We are home, and part way through day 2 of self-isolation. So far so good. The flight home was all good till Vancouver, where things went a bit sideways, as in an unplanned side trip to Victoria. But Westjet was really good about it given the circumstances, and it all worked out to getting home a few hours later than planned. We heard some stranding horror stories in the airports. The cats are happy to see us and determined to catch up on lap time.

I took about 4500 photos in New Zealand. I edited about 400 along the way on the laptop, but might need to revisit some of those. There were another 1450 or so marked to be edited when home. This process has begun. You may safely assume the Driftwood of the Day feature will continue. There are some photos of patterns in the sand that I find interesting, and will periodically publish them. The reflections of the clouds in beach water ranged from 'well that didn't work' to 'holy doodle!' There are many photos of Linda strolling various beaches and smelling the flowers. A few there we were and this is what we saw photos. There are several sequences of star shots from that night just outside of Invercargill that may get made into a movie. Then again, I've said that before about the star shots from Yukon.

To be honest I have no idea how all these are going to show up on the blog or my Facebook page. Making it up as I go along is a really good possibility. Maybe in my 2 week isolation I'll figure out how to do a book of New Zealand photos. Would you be interested in such a thing?

The main point of the trip was to beach our brains out, and that we did. We did many. More than one a day on average. I'm still finishing a summary of the beach visits. Not sure if I want to include a photo for each or what.

First photo of the actual New Zealand trip, taken from the swanky departure lounge in Vancouver airport as the sun set. It was a fabulous peaceful setting, a calm before a busy month; normal air travel as it was before the virus changed everything. 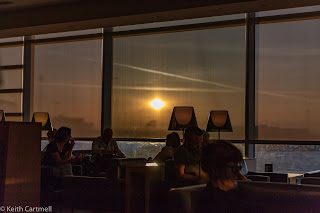 In fact, I'm wondering if air travel will ever be the same again. There are studies showing that jet engine exhaust has an outsized impact on climate change. The airlines may be forced into buying offsetting carbon credits, making travel more expensive.

Maybe that's a good thing. There are some airport sights I wish I could un-see, given that airline travel got to be not much more expensive than bus fare, and some passengers reflect that. Back in the day, when airline travel was rare and glamorous, people dressed up to travel by air. Men wore suits, and women wore a nice dress. There was leg room, steel cutlery, china plates in first class, and actual food. To be fair, there was also smoking. Remember that? People actually smoking tobacco in public like it was acceptable.

We don't need airplanes to spread a pandemic, witness the 1918 Spanish Flu, or the Black Death during the 1300s shows that. Yet jet aircraft can spread it much faster and farther. I'd like to believe that the various authorities will start taking this more seriously now.

Then there's cruise ships, which are practically designed to be breeding grounds for disease. I used to think I'd like to go on a cruise, but not now. Not ever. There's too many incidents of sick ships. Even after Covid-19 was a confirmed thing, they were still letting cruise ships sail with known cases on board. Frankly, the whole cruise industry can go down in flames and I wouldn't miss it.

In the serendipity department, here's the same photo file number from 20160929. 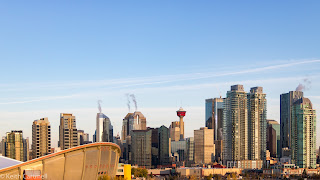 Sand Pattern of the random time period, since I haven't decided how often they'll show up. 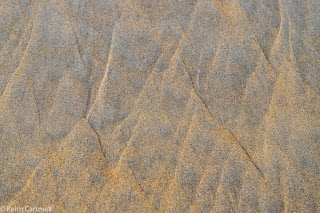 Driftwood of the Day
Starting in Nanaimo Neck Point park. 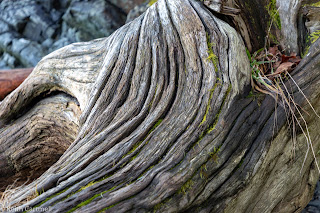