Many of you are going through the biggest changes of your life right now, and it probably feels a bit weird. There's the social distancing thing. You might be still be going into your work place, and I salute you. You might be working from home, juggling kids and pets, and in a video that nearly made me pee myself, wishing you had taken option B.

Maybe you aren't working at all because your workplace has been shut down by decree, or by lack of patrons. Maybe you are some combination of retired, in poor health anyways, in post travel isolation (me, if you haven't been paying attention, and it's day 8, so far so good and thanks for asking.) enjoying/hating a vacation from school, or something else entirely.

Some of you have talked about getting through your various to-do lists. Some of the lists sound very impressive. So far, the most ambitious thing we have done is started watching Big Bang Theory. There's 12 seasons, but the episodes are short. A disc is a couple hours. Our wonderful massage therapist swapped us those in turn for lending her Coupling. Her spouse is working out of town and she was looking for something to watch. She's not working now, but has a complicated life to manage, and I don't know that she's started Coupling. Anyway's, we're one disc in and enjoying it.

The editing is still full speed ahead. Yesterday was Pohara beach, Porters Rock beach, and Parapara beach. All are up on Golden Bay, right near the top of the South Island. I'd marked 178 to edit, and ended up doing 171. Sometimes you see things on the big screen that didn't show up on a filthy laptop screen. There's been a few photos along the way that I wish I had a do over; maybe the focus wasn't quite right, or the composition wasn't what I thought it would be.

When not editing, I've started The Starless Sea by Morgenstern. She is the author of The Night Circus, one of the best books I've ever read. I'm enjoying it so far, but I can see why some people don't like it.

By the rules of self isolation I can go out for some fresh air, and have done so a few times, but after weeks of beaches and sunshine and near tropical greenery and blooming flowers, let's just say Calgary within walking distance of my house isn't exactly at it's most photogenic. So here's more trip photogenic. 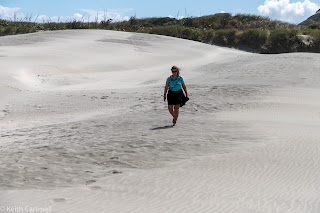 2. The serendipity shot of the day, with the same file number as the tree below it. 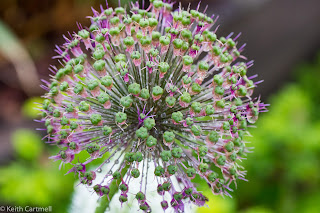 3. These trees are everywhere in NZ. I don't know what they are called, of course. But they do look nice against the sky, and the light off them is often quite wonderful, even if it doesn't come across so well in my photos. 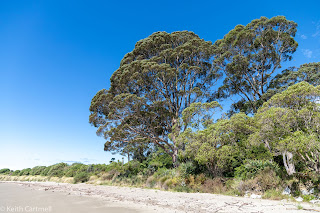 4. Today's sand pattern. Pity the rainbow doesn't show up as well on camera as it did for my eyes. 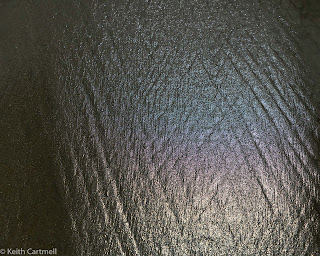 5. This is an example of a perfectly nice beach scene. It's what it actually looked like, I'm not digitally removing people. But this shot needs a person and a somewhat different composition. In fact, with the right model draped artistically over the tree, I think there were some amazing shots to be had. There are days I aspire to be a world famous beach photographer, roaming the world's beaches with a trusty but beautiful model in tow, looking for nice photos. 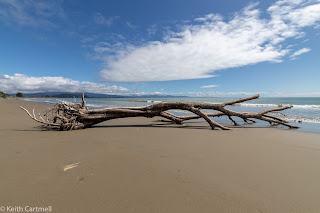 6. The beaches aren't always completely empty. This one had a couple guys trying to get ready for wake boarding or something. So that made 4 people on a beach maybe 1.5 K long. Almost crowded. 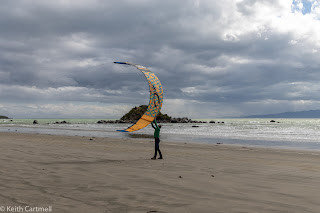 7. Lastly, my working field for editing yesterday. You have to come back often to see which 171 of these I edited. 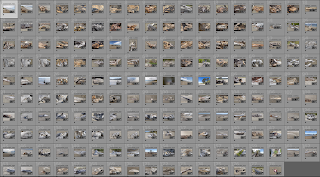 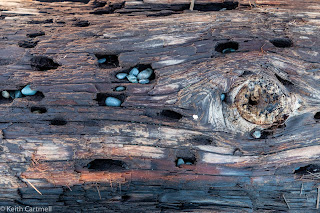