OK, that got out of hand

Yesterday looked so simple. I figured I'd do a Flowery Friday after breakfast. There are many flower shots to show you. Then I'd walk across the green space to do a pickle ball photo shoot for the cover of our community association newsletter. Except there was a demanding cat.

Between a grant and community funds we spent a bunch of money on maintenance and renovations to the tennis and pickle ball courts, and people have been eager to use them. Pickle ball is huge, and we now have the nicest courts in SW Calgary. Maybe even all of Calgary.

So we thought that putting the new pickle ball coordinator on the newsletter cover and featuring the renovated courts would be good. It's a few minutes walk to the courts. I figured walk, chat a few minutes, do the shoot, come back.

Not so fast. Dave turns out to be a personable guy, and photogenic, which makes my job easier. We chatted about all sorts of stuff. He used to live near where I've lived in Ontario. Any of my readers remember when Streetsville was a nice little town, separate from the sprawl of Mississauga?

Then I was buttonholed by a guy that knew I was on the Board, and wanted to talk to me about his concerns. Fair enough, and he had some great thoughts, some of which are in progress. I pointed him to the person he should chat to. Then on the way out I saw a guy practicing his tennis serve. I figured I've got lots of shots of pickle ball players, I should get a few of a tennis player. Then we got to talking.

The contrast between these three men was startling. Dave and I didn't talk much about the virus, but we and the other players were careful about the social distance thing. The next fellow was worried about the virus, and didn't even want to walk past the pickle ball players to get to the tennis courts. He didn't want to touch the fence gate. He didn't think the courts should be open yet but admitted it was a judgement call. Then the tennis serve guy said that if social distance was 6 feet, why couldn't 4 people share a huge outdoor space? He pointed out some examples of rules that didn't seem to make much sense, and I had to admit he had a point.

That's the trouble with making general rules, they will not fit all circumstances. Then people point to the exception, and say the whole rule should be rewritten. Which might or might not be true depending on what exactly the circumstances are.

The community association is in the midst of doing exactly that, trying to take a bunch of general guidelines from various sources, and fit them to our particular building, with our particular tenants. Whatever we come up with has to be published so that people visiting our facility know what rules apply. It's harder than you'd think. Anybody that doesn't think that hasn't taken a serious look at the issue.

I digress, but you guys love my digressions. I think. Once back at the house, after a detour through our garden, I started editing. Then there was lunch on the patio, a first for this year. BBQ bison burgers if you were wondering. Of course that's a bottle of wine. Plus Yum bakery tarts for dessert. Plus just enjoying the nice weather. It rained later. 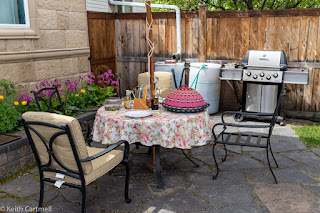 Then back to editing, and sending them off. And then the email. Good lord, the email. I've had paying jobs produce less email than just recently. Much of it concerns the ring road construction. Some of it is other stuff.

One of the things I really dislike about email via a distribution list is that it's really easy to get the threads all tangled up and lose track of who is thinking what on various points, especially if they agree about part and disagree about another. It's even harder when you need to do a deep dive into a bunch of documents to try to understand what the problem is. I knew I'd be getting into this sort of thing, and I signed up anyways, so I'm not really complaining. It just took much longer than I thought.

Linda from a walk in Fish Creek last fall. 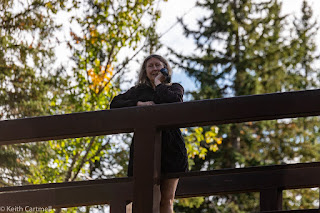 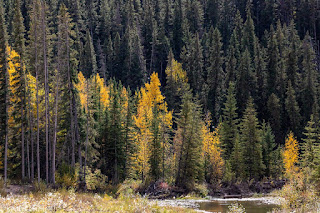 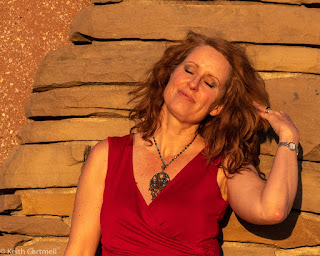 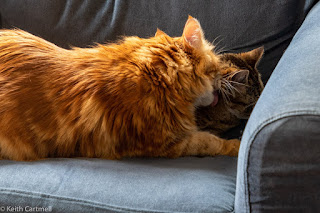 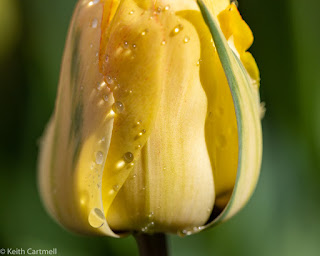 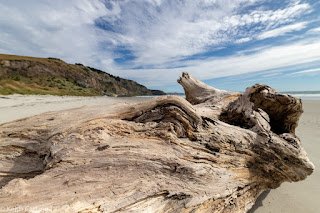