I was going to say something logical but ranty. Loudly. With numbers. Maybe a graph or two. Probably not a spreadsheet, but you never know what might happen when my ranting blood is up. I wrote much of it as I was in line at Costco this morning. Then I realized it would be wasted on my readers, because they already know this.

The other thought I had in the line up was seeing photos of third world or communist countries where people have to line up for nearly any product. There were even a couple people managing the line, swabbing shopping carts as needed. They had used pallets to mark out a line snake. People were pretty good about the social distance thing, and only a few needed reminders. But one guy got really offended that he couldn't join the line because he was under 60. 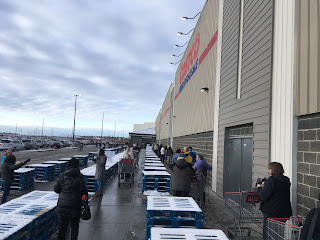 Last time I was in a line up for a product was almost 20 years ago, for a Boxing Day sale at A&B Sound. (Remember them?) I'm not counting line ups for travel related stuff, or just waiting for transit, and the like. In our society, we are used to parking near the store, walking in, and finding what we want from a selection of products that would amaze anyone in oh, 1960. Which wasn't that long ago, all things considered.

So after I tell you there were lots of paper products in Costco, and a guy there making sure nobody took more than they should, and that same guy making sure the cooler section didn't have too many people in it, what do you think was the most well stocked item?

I'll let you think about it.

Did you guess? Crunchy chip snacks. There were pallet loads of them all along the feeder aisle, in front of the fully stocked shelves os said chips. All different kinds and flavours. Not far away were massive quantities of dips and salsas. We might survive the virus, but there's going to be a wave of cholesterol and weight related deaths in a few years.

For vacation we ran the pantry and freezer and fridge down to almost nothing, and anticipated several shopping trips to stock back up. We did not anticipate the COVID thing. We're picky about what we buy, but have done really well. The only things "missing" are the organic frozen corn we like, and the Moroccan mint tea. Life is good. Next time we leave the house will be when the fresh veg runs out.

And now comes a several hour diversion while I try to figure out why I can't load photos. Grrr! It also turns out that my Google Photos folder looked broken. The problem turns out to Safari, and the solution turns out to be Firefox. Now I just need to copy a few book marks and I'll be good to go again.

But in the mean time I pissed away some time updating my OS, hoping Safari would get updated along the way and fix the problem. It would appear not. There are days I really can't stand how the geeks can't leave well enough alone. No! They always have to add something, or change something. The blackout view, or dark view, or whatever TF it's called pisses me off. They present it like it's the most amazing thing since sliced break, and it's change to the colours of the application. Which we could do already if we wanted. Which I don't.

Whatever else they did, now it appears the link within thingie is broken. It used to live down at the bottom of my blog and showed related blogs so it was easy to click and read along. Lots of people seem to have liked that, and now I need to figure what happened there too. My figuring out thing is getting tired.

That led to me updating Lightroom, which always makes me a bit nervous. Sometimes it wants to update the catalogue, and that is a BIG DEAL. Trust me. It seems to have gone ok. Seems. It takes me a while to settle down after these things.

So here's a nice calming scene for you. 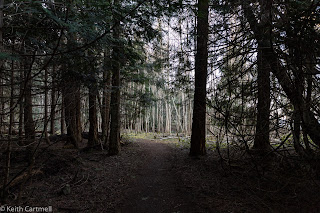 The serendipity photo, same file number as the stairway. From September 2016. 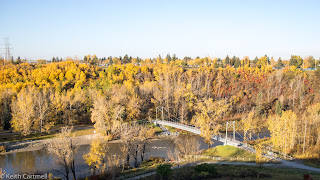 A close up of the staircase in the Dunedin Art Gallery 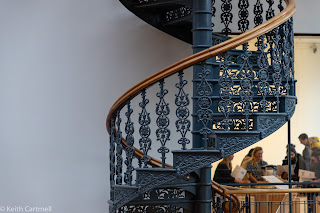 From one end of St Kilda beach, I think. I liked how the green was spilling over the cliff like a waterfall. Even though the Kiwis were saying how dry and brown it was, for us it was lush and green. 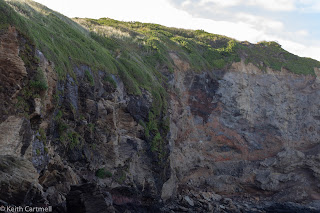 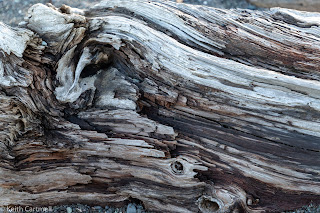