The main ordeal yesterday was excavating my desk. No photos of it, I'm ashamed to show the before, and the after is, well, just a desk with a few essentials. You've seen it before.

It always amazes me what I find when I work on clutter. In with the expected paperwork from corporate year end, CPP calculations, various receipts, and much other stuff, was the bill for our 2014  property tax. Don't ask, I've no idea. Yes, of course it's paid.

We're getting to the end of the year, and the frantic overwhelms me when I go out. Drivers are idiots, and they leave their cars in idiotic patterns in the parking lots. We try to organize our lives so we don't go to the mall after Thanksgiving, not that we go to the mall much anyway. Last trip was to get my eyes checked a few weeks ago. Time before, hmmm. Is the Avenida market or the Calgary Farmer's market considered a mall? If not, it might have been last year.

What with the snow it's nice to be inside, reading, editing photos, (nearly 2000 taken so far this month) or watching movies. The current TV show is Dexter, borrowed from our great massage therapist. We're nearly up to the end of season 3. I'm waiting for season 4, since there's a few actors in there I really like. I'm told it goes downhill after that, so we probably won't continue.

The current book that I just started this afternoon is, The Camera Never Lies, by David Rawlings. Only a couple chapters in and I'm hooked.

I've been thinking about this blog and the changes for next year. Hitting the publish button a few more times gets me blogging an average of once a day for all of 2019. My most productive blogging year ever, though I have to admit some of them aren't my best work. Some are really short.

In any case, I already know I'm not going to do this again next year. There's going to be a lot few blogs, but I don't know how many. Once a week at least, which will be quite the change. Maybe more, but not daily. So somewhere between 52 and 365 blog posts for you to look forward to. Umm, you do look forward, right? Guys, right??

Each, however will be a polished gem to leave you agog. At least, that's what I'm thinking now. Yes, Image of the Month will continue. Deadwood probably will continue. You'll just have to read into the New Year to see what happens.

We're still looking at this. 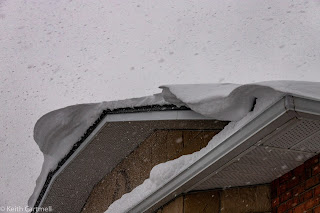 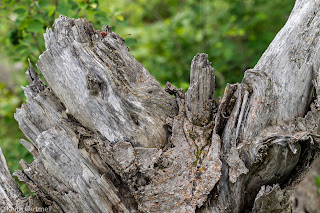