Coming up on half way

Much of this was written in the Christchurch airport, awaiting our flight. I love watching airplanes and ramp activity. I just saw a Convair go by on the tarmac, (ZK-CIB) built in 1953! I’m glad we’re not going on that one. I’ve probably been on airplanes older than me at least a few times in my life, but it’s the sort of thing I don’t want to think about.

It reminded me of waiting while dad checked his work schedule. My brother and I got left in the car with a view of what was then called Malton International, when Terminal One was brand new and state of the art. The tarmac was full of Viscounts and Vanguards, and to see a jet was exciting.

The surprise was not having to go through the usual security theatre rigmarole. We were following the signs to gate 9 and ended up in the boarding area. The nice gate agent confirmed we were in the right place, and a little early for the right time, but no worries.

Christchurch to Windy Welli, as they call it. Linda got a bit nervous when I started watching videos of cross wind landings at that airport, but it was all normal stuff.

We are coming up to the half way point of vacation, still loving it. We’ve been seeing and doing lots, but taking time to relax as well. That’s a requirement after driving almost anywhere here. I’m blasé about hairpin turns now; with some of them being more like fishhooks, going more than 180 degrees.

I probably won’t get any dark sky photography done here, but there might be some interesting night shots coming up. On that topic I’m still behind, and I’ve grown resigned to it.

What I’m loving so far:
-Everybody is friendly, outgoing, and polite. They are helpful when asked.
-Driving is mostly a team sport here. People mostly signal their turns, and take turns at the roundabout. The locals push it on the curves, but they know the roads.
-The food is amazing! Our ‘worst’ meal wasn’t poor food at all, it was merely average and a bit on the expensive side, but the slow service pushed them down the ratings. The wait staff were hustling, but were short staffed.
-The lamb here isn’t as good as Alberta, but it’s better than the freeze dried crap they export.
-Even when it rains, it’s warm.
-Going to the beach. I’m beginning to seriously wonder why I don’t live closer to an ocean.
-The accommodations Linda booked have been super! This last place is the nicest yet. We could easily live here.

What I’m not so keen on:
-I love the sun, but the UV is fierce! We are finishing up our second tube of sunscreen. I don’t dare go out without it. So far I’ve only sunburned a small patch on the top of my feet. I look a bit of a dork with my hat, but I’ll take it as the price of not broiling what few brains I have left.
-There is very little margin for error on the roads. We’ve seen a few tracks where someone lost their concentration and it appears to have ended catastrophically.
-Reverting under stress and turning on the windshield wipers when I’m trying to signal a turn. Cue swearing.


Some random photos from the backlog to date.
The flag on the ferry inspiring that lady's scarf. 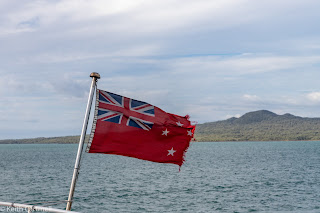 Whimsical humour in the garden. 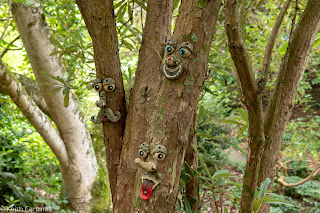 Not sure which beach this is. I could look at the date and figure it out. I think it's Onetangi. 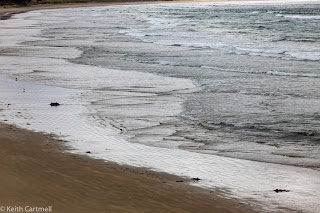 Not a statue. This guy was riding that bike around town. I saw him several times, but he moved pretty quick. I still don't know how he got on, or gets off. 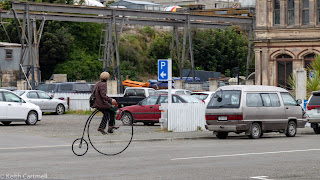 Coming home from a night shoot in Dunedin. 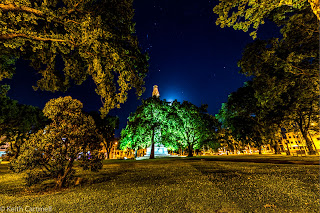 Another view from our balcony in Dunedin. 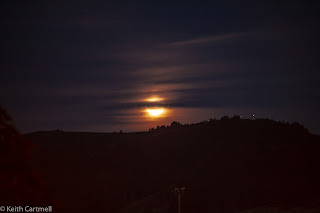 Scouting night shoot locations. This is Moke Lake. Great location, but the road to get there is scary AF in the daylight, and I don't want to think about it at night. 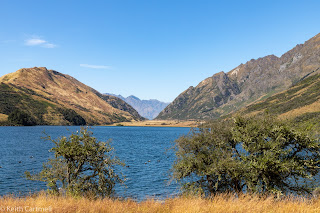 From a bluff between Queenstown and Glenorchy. 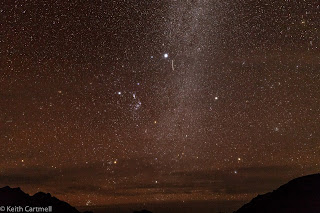